The Balance of Power in 2021 Rests with Two Senators

Dr. Michael Landis teaches history at Union College (Schenectady, NY), serves as a trustee of the Saratoga County History Center (Ballston Spa, NY), and is the author of Northern Men with Southern Loyalties: The Democratic Party and the Sectional Crisis (Cornell, 2014).  Twitter: @DrMichaelLandis 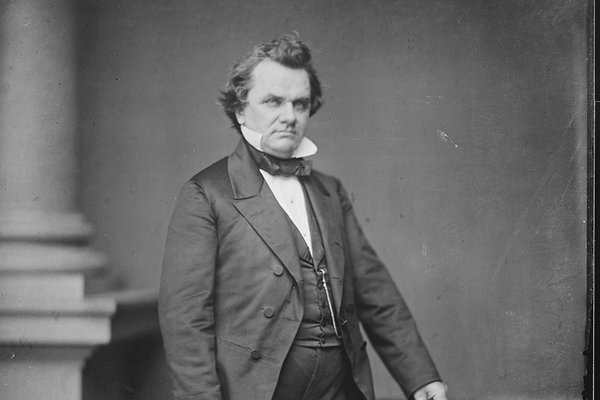 Joe Manchin and Jon Tester are now the most powerful men in the country. With the U.S. Senate evenly divided between Democrats and Republicans, conservative Democrats Manchin and Tester hold the balance of power. Their history of breaking ranks to vote across the aisle poses a real threat to the Democratic agenda and President Joe Biden’s progressive promises. With a 50-50 senate, all Republicans need is one Democratic turncoat to water-down liberal legislation (or kill it entirely) . . . they now, potentially, have two.

Two wayward senators have held power over Congress and administrations before. In the years before the Civil War, the slave states relied on the votes of pro-slavery Northern congressmen (called “doughfaces”) to protect the spread of slavery and maintain their dominance of national politics. As the anti-slavery movement spread like wildfire in the free states, though, Northern politicos willing to defy their constituents and pursue a pro-slavery agenda became increasingly scarce. By the 1850s, enslavers could consistently count on only two doughfaced senators: Jesse Bright of Indiana and Stephen Douglas of Illinois – the Joe Manchin and Jon Tester of their age.

Unlike today, in the 1850s the senate was divided not between parties but between sections: free states versus slave states. And Bright and Douglas, serving the entire decade, often held the balance of power. Their votes and legislative leadership were key to Southern victory time and again: the Fugitive Slave Act of 1850; permitting the spread of slavery into the free lands stolen from Mexico; and the Kansas-Nebraska Act (which permitted the spread of slavery into previously free territory). Doughfaced senators also deserve credit (or blame?) for the passage of the Lecompton Constitution of 1858, which forced slavery on the anti-slavery population of the Kansas Territory. Stephen Douglas, who faced a tough electoral challenge from Abraham Lincoln that year, smartly declined to support Lecompton. But, in the end, it made no difference, as enslavers had gained another doughface in Graham Fitch of Indiana (who slipped into office through an illegal “sham” election orchestrated by Bright).

Why would men like Douglas and Bright knowingly defy their free state constituents?  First and foremost, they believed in the legal right to enslave humans for profit, believed enthusiastically in the inherent inferiority of people of color, and at times were themselves enslavers (though Douglas and Bright carefully kept that fact hidden from the public). Equally important, they believed that the anti-slavery movement, and its would-be Republican allies, posed a direct threat to white supremacy, the American economy (founded on enslaved labor), and the Union itself. And thirdly, they were men whose entire careers rested on doughfaceism – their rise through party ranks and through state and federal offices depended almost entirely on the financial and organizational support of Southern grandees. To take a stand against slavery would be a betrayal of their party, their values, and their careers.

Manchin and Tester are in a similar position in 2021: Will they betray the majority (Democrats) to empower the minority (Republicans)?  Will they prioritize their conservative values over the will of the electorate?  Though enjoying great power and influence, doughfaces were ultimately rejected and reviled by scholars and voters alike (and, in the case of Bright, actually expelled from the senate). Overall, history has not been kind to those who held fast to conservatism in the face of an overwhelming liberal majority. An important lesson, indeed, for Senators Manchin and Tester.